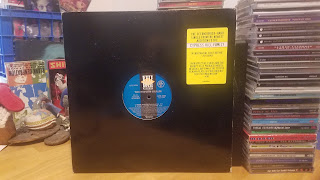 This goes with the 'Judgement Night' post from last week as it has two guys singin' that were on that same one from Cypress Hill and House of Pain.  This version I won at Radio K with some other stuff the secretary let me choose when it came out so it is different from the official release as it has the A Cappella version of the title track which I really think is a masterpiece about death and graveyard (stone garden).  Goes with above as well.  Had more Cypress but the first two tapes were warped.  Glad to see they got a Hollywood star long ago as they were among the first progenitors of West Coast hip hop and first multiplatinum and platinum sellers in the field.        https://gofile.io/d/n0kiFd
Posted by Viacomclosedmedown on youtube at 1:55 PM