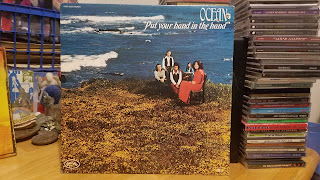 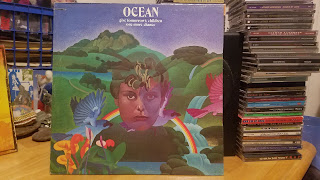 I had bought the later album for the cover alone in a store long ago and it was a good price.  I then just received the first one from Discog's last week--not knowing I had already heard and enjoyed the title track from a compilation I posted a long time ago!!!  Well, I really love this hippy-commune type band and all the songs are really good.  Was reading just recently a nature hiker/biker like myself complaining about those who go to nature only for exercise--ignoring all the critters and plants and in a hot and bothered rush.  I agree and saw it for myself on my normal bike trails on the weekends.  We used to use the 'On Your Left' shout out on BIKING LANES up north but I learned quickly that it sure don't work on dirt salt marsh trails on wildlife preserves.  I use "LOOKING TO PASS" as I calmly and in good humor pass walkers or bikers on the trail.  I let one guy last weekend on his 'HELL RIDE' (as Mike Watt would call it, from med's or in a hot and bothered rush) bike around me and sure enough he yelled it out, 'ON YOUR LEFT" causing a couple to go opposite ways and stop him in his tracks...haha told you so DUDE!!  This album might help his kind if they would only stop to listen.

WOW! The band, Ocean, is kind of a best-kept secret--especially that second album with that cool, nature-inspired album cover.
Everything you've related in your personal write-up of the feel of Ocean's music resonates perfectly. We are both nature lovers. I'll take the time to stop and really look at a tree--heck, I'll hug it!:)
Patrick, any chance of posting the WAV files for these, or just the later album, please? THANKS for all you do, regardless. :)