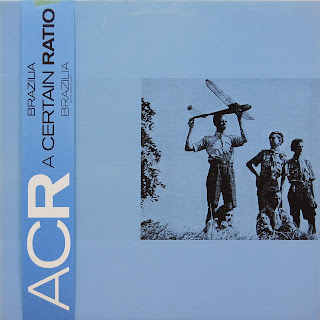 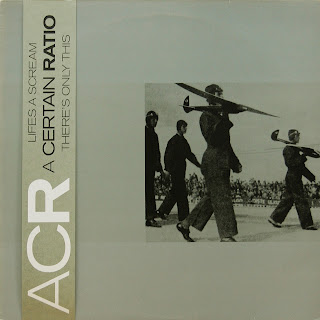 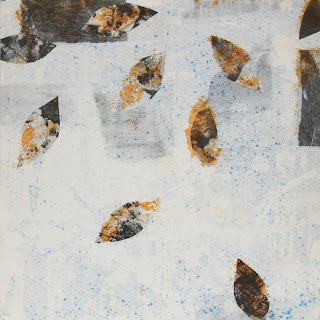 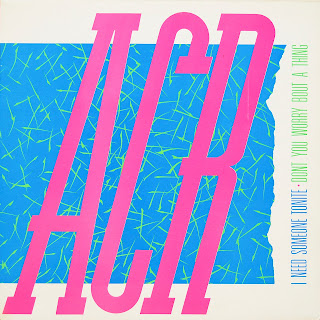 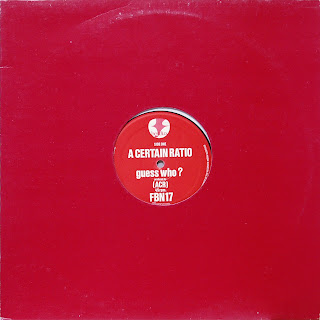 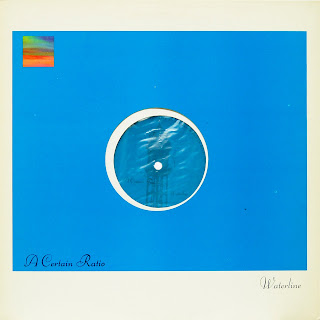 Got these all from a blog long ago and not sure what their name was (see text file write up they did included) but gives me a start with this band.  Only one album with the rest extended play so I think they picked the best stuff.  A Certain Ratio are a Post-punk band formed in 1977 in Manchester, England. While originally part of the punk rock movement, they soon added funk and dance elements to their sound. They are sometimes referred to as "cold wave".  The band were among the first to debut on Tony Wilson's Factory Records in 1979 with "All Night Party," produced by Martin Hannett.  During ACR's early years with Factory, they scored seven Top Ten U.K. independent releases, highlighted by "Flight" and "Waterline," and released five albums beginning with The Graveyard and the Ballroom (1979).  A short week for me due to evacuation from Hurricane Ian so am pulling some unopened files from other blogs.                                  https://krakenfiles.com/view/8REGEX0yQp/file.html

Thanks for these. Big fan of ACR. Have most of these but not all so I'm grabbin'em to fill in the gaps.

Hopein' you got'm posted keemoe sabi! Or soon to be at any rate. Been findin' lots of stuff that are add on's to my old posts. Now are you the same guy as did the old Digital Meltdown blog I used to follow? Just curio Nathin Nothin Prost! Viacomcmd

Yeah, I worked on Digital Meltd0wn for several years with Zer0_ii. He was going through much in his personal life so I hellped out for a while. Then he went off the rails & I kinda took over the blog for a while longer. Zer0_ii was a good friend. He an I dreamed up the Musick around the World idea as a series for DM but it never came about. I took over the idead for Nothin' Sez Somethin' & did it myself. I do miss the ole Digital Meltd0wn. Thanks for asking.

Edge is a cheap ass browser/PDF viewer. You should really go get a free GoogleChrome browser as no issues with these downloads at the blog. It also keeps your passwords nice and handy.

`````````````````````````Wildevilman (now has his own punk blog), Mark Underground (Blog Creator--retired), JayIRC Mark's mini me skinhead hardcore-like-Viacom,`Oi! Boot Bhoy!, Brian Guy (Most ECLECTIC/Hip taste), Count YORGA (another GERMAN like Max And WDM listed first ), BERNANDO old contributor from Swedish Oi!, Record Nerd sent in good stuff to search, our neighbor hardcore punk blogger, Dr. DRUNKRUINSITFOR EVERYBODY now defunct, Dr. Phibes, Jughead, Donut Duck our SST expert, Jungle Jim our radio station raider (another SST specialist), Siobhán Long's sister helps me weekly to make sure I have the country of origin correct, Jim H our record clerk in the store, search for E.W. (Eliot Wilder) from the Revenants to get the wildest OBSCURO overlooked classics!!!, ClassicMusic20 our 70/80’s music expert sends in his requests and files, Angstytimelord who lost her vinyl collection on a move like many and is THEE BEST expert/authority regarding 1980's music, nuttyniki and angel for their submissions of great music. 80sonspeed, Isksp (Brazil) and Punknotprofit (got me to into blogging and helped me find DU blog created by Mark Underground blogspots now defunct, EricC who has seen a lot of shows and all around helper like AJ (Themes for Great Cities), Jonderblog, Raulzimdimaio@gmail.com, Nathin' Nuthin' blog and RevB, BigDogDave and George Leroy Tirebiter for helpful regular comments, and it is I, Viacomclosedmedown on YouTube (no longer also used to be 'CorridorsofPower after Gary Moore's 1984 album first youtube channel also shuttdown! as Darby Crash (R.I.P.) would say) your current host and RIP master to complain to about stitched-together mp3 rips I do and for requests, content creator and holder of better quality WAV files of all the posts I do at 15 per week since 2008 on various external CD-ROM hard drives in my Walmart Fireproof Waterproof safe

You Need 7-9 Hours of Sleep Per Night--stop eating 3 hours before bed, Fermented Curcumin with Piperine Clears Brain Plque due to Sleep Deprivation, Non-CAFO pasture-raised meat eliminates Prion Holes in Brain, for Sleep Apnea use a firm Walmart FULL LENGTH Bed Wedge or wood block to prop up to 5 degrees like the Ancient Egyptians did and a cheap Tongue Stabilizing device with earthing.com bed grounding sheet to lower inflammation.

The Copper Cure by Morley M Robbins. Whether you buy conventional or organic food we all have iron dysregulation with 10 times more in our cells that doctors don't measure from muscle meats with no copper to turn it to energy. Colloidal minerals a sham use Ionic water mineral drops with Water cooler fluoride-free or if you have Fluoride and not in the NW or East Coast of USA due to their water needing extra treating. you need Adya Clarity (cap full per gallon (leave out of fridge for 2 days with caps off to let chlorine gas escape) start with PUR filtered tap. Only book you need for health! into old age.