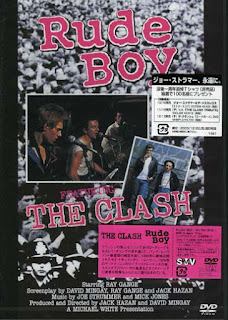 Thought I would include as part of the ska request as this obviously during second wave era.

Plot Synopsis: Rude Boy is a semi-documentary, part character study, part 'rockumentary', featuring British punk band, The Clash. The script includes the story of a fictional fan juxtaposed with actual public events of the day, including political demonstrations and Clash concerts. Filmed over a period of years, the written dialog takes on the appearance of improvisation.