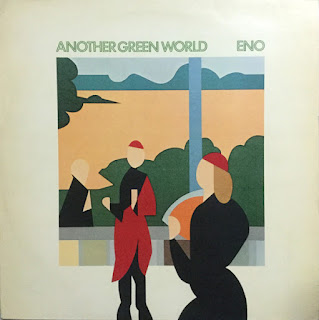 Well since I had just heard Eno on outstanding 'Jubilee' soundtrack, I had to pull this out of my cassette vinyl tapings.  Such a classic and it also got me to pull out his ex-partner Peter Gabriel right below.  And how nicely timed with First Avenue club's recent anniversary and the new video I watched here:  https://www.youtube.com/watch?v=e9ifsWfX0V8 it's only an hour and the old DJ's that started after the Disco Era when it was called Uncle Sam's and then Sam's, Kevin Cole says when him and the other main D.J. first met and talked they both agreed on Brian Eno as someone they could reach common ground for playing records in the club.   Here is the rip:  https://gofile.io/d/sbe4As