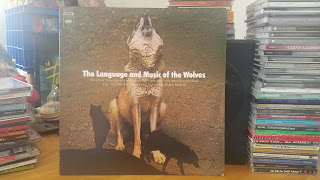 Found this in the shrink wrap from Goodwill but was taken aback to find it was released in 1971 and side two is a spoken word piece wrote by Ron Halland and narrated by Robert Redford!  Side one different wolf sounds remind me of my wolf conservation groups on facebook/meta that I have worked with over the years.   Howls recorded in Ontario, Michigan and Minnesota.                      https://gofile.io/d/YpxqFm
Posted by Viacomclosedmedown on youtube at 11:18 AM