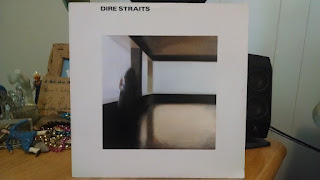 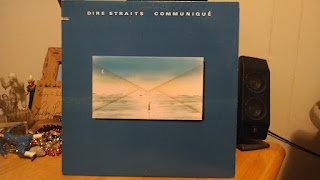 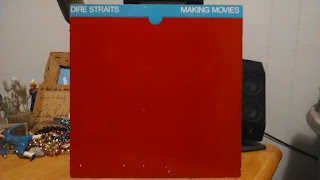 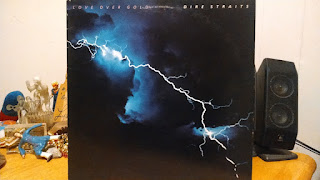 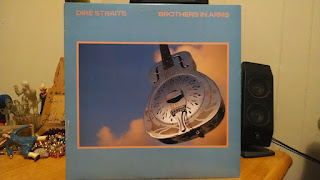 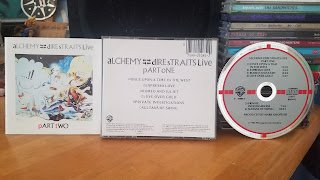 REPOST Request:  A great and timely request as I recently found the live CD in my Goodwill stacks from last year!  Kind of weird though as half the CD jacket says Part Two which doesn't list songs but has great pictures in it so it works as Pt. 1 great songs and Pt. 2 great photos!  What I wrote before:   Their debut st LP is considered one of the best in rock 'n' roll as they really were in 'dire straits' and had leveraged their credit to the max.  I post this now and sell this stuff off as it is outside the scope of the blog because I remember 'Skateaway' was the AOR radio hit song going when I completely switched off all mass produced rock 'n' roll  but always loved the song.  Realized the error of my ways years later as the brilliant Mark Knopfler showed up with the Notting Hillbillies CD as it became once again a favorite.                              https://gofile.io/d/Exziz3

Blogger Pernt said...
Hey, thanks for all this Dire Straits. Great stuff I've been wanting to revisit for a long time.

Just a note: it looks like the first song on "Making Movies", titled "Carousel Waltz", isn't in the RAR file for that album. Just thought you'd want to know...

September 29, 2017 at 1:51 PM Delete
Blogger Viacomclosedmedown on youtube said...
Dear Pernt
The first song is called Tunnel of Love and wiki like the album says it is an extract from that waltz time is the same so it is all there I just should have subtitled the track that way which I did not so don't worry! Thanks for the comment and I will repost the first link next week when I am back in the office wher I have an online PC to use.

October 19, 2017 at 1:30 PM Delete
Blogger Viacomclosedmedown on youtube said...
Dear midluz, thanks for heads up on the dead link. Now restored!

NOVEMBER 7, 2018 AT 10:38 AM
angstytimelord said...
I know that it's "mass-produced rock," but seriously, this is some great music. It's far above most of the AOR "classic rock" that was coming out at that time. Knopfler is one of the great musicians of the rock era, and a fantastic songwriter. Even if their music isn't your cuppa tea, you have to admire the artistry that went into these albums. I've always thought this band was superb.

You bet A.A.C. glad you are enjoying the posts! I like to see people appreciating good music and hopefully getting the best musicians out there again touring if possible.

The last CD (Best OF) shown is a WEA "Target" CD
(made in West Germany; supposed be of higher quality)
which are hard to find in the wild.
I always love when I find a nice one at Goodwill.
Maybe it is worth $0.05 more than a regular one....

Thanks once again Jungle Jim! Yeah that add on live target CD sounds as good as one of those "high definition CDs" I was told that spotify had some but maybe it's just these? I know there are the kind of CDs I can RIP and the kind that you cant over the years as well. Yeah, the more ya know right?!!! We dont all have to be on blood pressure meds as we approach retirement age, we can fix the sleep apnea as one cause per sidebar or drink hibiscus tea every day at Panera or use a coffee maker at home to make the tea easy (coffee cuts off half your brain so no caffeine for me!) You can have 2 organic bananas a day also to lower it or even get mercolamarkets blood support natural supplements to help. I'm just 53 but getting prepared.