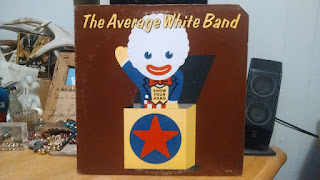 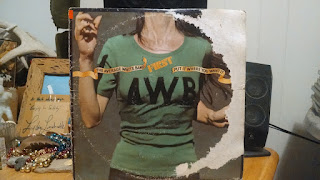 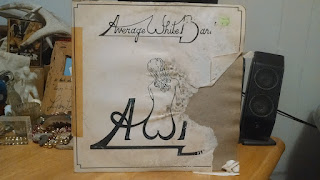 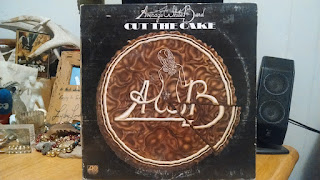 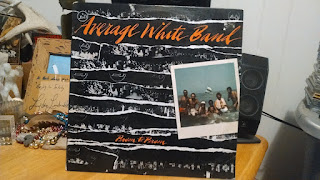 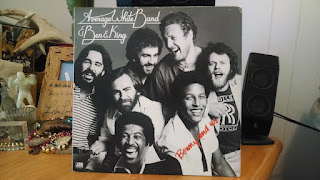 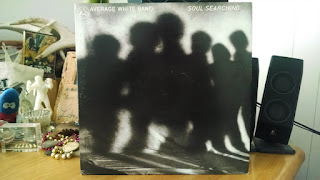 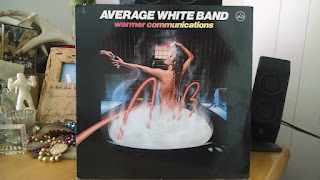 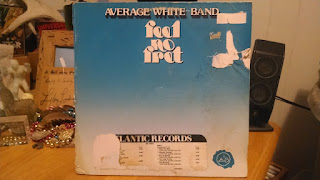 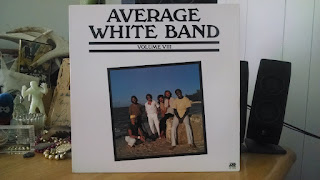 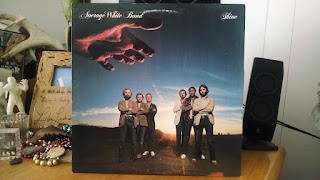 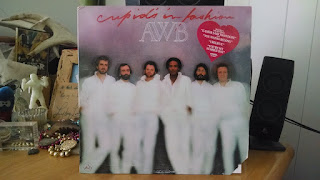 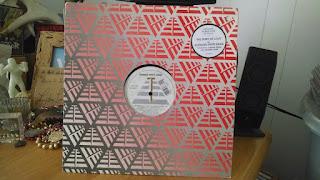 REPOST Request:  Was always a fan of "SHOW YOUR HAND" in top two pictures (first one is rarer version that has the classic tune "The Juggler" that doesn't appear on the USA release).  Remember when TOO SHORT sampled 'School Boy Crush' killer bass riff in his theme song?  If you love the bass you will love this band!!!  Also the live version of 'Cloudy' made the 'Back In The Days Of Soul' regular radio playlist on Prince's old intern station KMOJ that I would listen to in college.

Davideomusic73 said...
Thank you very much for the new big bunch of vinyls.nice week, dear friend:)

angstytimelord said...
Oh man, I SO remember this band being all over the radio with "Cut the Cake" and "Pick Up the Pieces" when I was a kid. I think I was around 9-10 years old when they got popular, and I LOVED those two big singles, though at the time, I was too young to be into collecting albums (hey, I was still a Bay City Rollers fangirl at the time -- and yes, I still love the Rollers, too!) so I never got them. Great to be able to listen to the entire albums more than 40 years later! Thanks for these!

MAY 10, 2017 AT 1:34 PM
Viacomclosedmedown on youtube said...
Well I did find out I am missing the 'Warmer Communications" album from 1978 and they did do a couple more. I discovered them on a radio show in college Sunday nights called 'Back In the Days Of Soul' with Chilly Charles. This was late eighties and I would come home with a foot high stack of quarter beat up soul records after getting clues from his show's regular play list hits. HA! Funny you were into the BCR just like this guy in our fourth grade class who used to sell everybody Major League Baseball hard hats. I think he also like the PEZBAND who I could post for you if you haven't heard them. Later from my record show contacts someone told me about 'Off Broadway' who are in a similar pop vocals category just like other 'roller rink rats' I've posted like the Rollers, Hawks and the Kind. I was into taping stuff off the multi-band radio my folks got me back then and then the RCA record club getting friends to join for 3 free records each time after two older brothers and older sister got me into hearing their music while I played in their rooms. Took to collecting all the Led Zeppelin, Rush...beyond the regular AOR rock stuff my bro's had. My sister had the cool stuff like B-52's, Talking Heads, Boomtown Rats, Ted Nugent's Wango Tango (we cranked that one all the time!) until junior high when our whole class embraced punk and new wave. Thanks for the comments.
MAY 10, 2017 AT 3:48 PM
angstytimelord said...
I've never heard Pezband, but everyone I know who's into power pop says they're awesome! I'd love to hear them!

Haha, I remember those music clubs. I was in the Columbia House Record Club (well, my parents were), and we would get stuff like the Carpenters and BCR. That's pretty much what I grew up listening to, as well as the AOR and Top 40 radio stations. And then -- in 1979, when I was 15, I went to my first concert, the Ramones on a Friday night. The next night, I saw the Rocky Horror Picture Show at a midnight showing for the first time. RHPS and Joey Ramone changed my life, and I was never quite the same after that weekend. I was one of those teenagers who embraced punk and new wave, too! Boomtown Rats, Talking Heads, B-52's, Joe Jackson, the Police, the Cars, Blondie .... loved all of those bands. Still do!

I miss the early 80s. There was so much great music around then.

THANK YOU SO MUCH for this vast library of AWB releases!! I love what you do with vinyl, somehow you make a rich listening experience an I swear I can even hear improved, great quality in 2022! Can't thank you enough for your generosity because all this AWB is GOLD!!! Same with some other horn bands like Tower of Power. I sure do find AWB's music puts some life into my life, and this mega post you've presented is HEAVEN--bless ya!:)

hi tanktop,
thanks to your valuable feedback! I have not changed my method to rip except for a week here and there experimenting since I began 15 years ago. I was listening to these AWB songs at work when I saw your comment and it reminded me that the first green album that I had got from Cheapo records for a quarter, was in really rough shape with rating of FAIR or GOOD for groove wear areas from repeat play with old heavy stylus. When I buy nowadays from Discogs, I won't buy any vinyl rating under VG+ so mostly you get good rips. What irks me is that I found that other version of that green album with a different red and white cover that had the Juggler bonus track not on the American version. I think I was head strong (ego driven thinking all my rips were top notch and didn't need to be redone...UGH!!) or lazy and remember only ripping that bonus tune before I sold it back to Banana Records. I should have redone the other songs too. At least my other copies even though I also got them for a quarter each were in pretty good shape, like some of my favorites on their biggest white album like my all time favorite tune "You Got It" and the tune from the radio "Pick Up The Pieces" or the great Isley Brothers cover "Work To Do'. Thanks again for your comment and BTW I have a couple more TOWER OF POWER or maybe those where Weather Report that I will pull both out in a couple weeks for you. Cheers!!

You're welcome and thank you, VCMD. :)
Yes... been headstrong 'bout my own rips too, hee hee. And I made that decision to only buy VG+ at the least too.:) Ah, so "Work To Do" is an Isleys cover (!) Cool--it's my favourite AWB song! I must go for closer listen to "You Got It," thanks. Love TOP's music and you sure run a TOP blog here, sir, Thanks a whole lot!!:)
tank