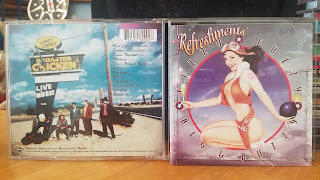 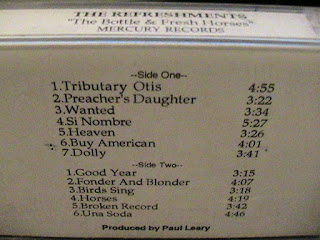 REPOST and ADD ON:  Well found an earlier CD from Goodwill, here is what I wrote before:  This is the second and last release by this AZ band who used to open for the Gin Blossoms--go figure the singer sounds like him--and is produced by the Butthole Surfers own Paul Leary.  Maybe that's why the session was so chaos as they claim in the Wikipedia article and they broke up right after.

James Fitzpatrick said...
I believe this is the band that became Roger Clyne & the Peacemakers, good band and roger clyne makes a Killer Tequila.