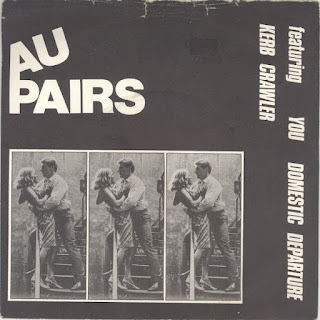 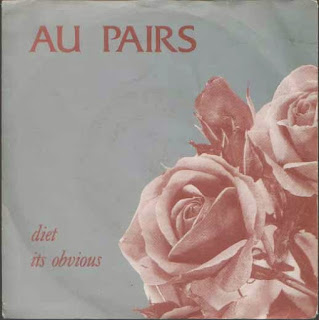 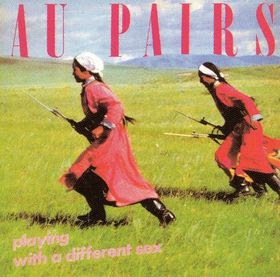 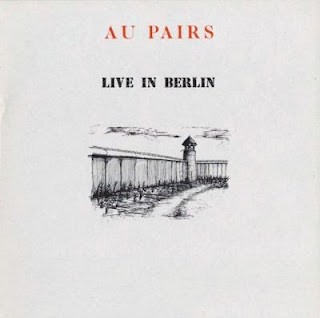 DECEMBER 31, 2016 AT 1:09 AM
Thanks to Felipe from the Isksp blog for the write up's in the singles and also to Bernando here for the original posts and Mark Underground who posted the Live album saying it was very good.

JANUARY 3, 2017 AT 1:44 PM
Anonymous said...
Great stuff, Viacomclosedmedown! You've hit one of the groups which I have documented extensively, so here we go for Au Pairs fans:

First up, Live at Berlin Tempodrome 20.06.81 during the Women's International Festival. The later official release included only half the tracks played on that day, being a re-issue of a common vinyl bootleg which omitted seven whole tracks for space reasons. See for yourself; here's the tape setlist of the gig:

* = omitted from later official release. The omission of the last two tracks was particularly unfortunate as both were on the Au Pairs' very first single. Get this fullest version of "Live in Berlin" (missing only Diet and Set-Up) from the great 433 here:

433 also gives us another ultra-rare cassette bootleg, the Au Pairs' final show from 1983, mostly probably at the Vienna Frauenklang Festival, 3-5 February 1983, a gig which included a couple of tracks only otherwise available as 1983 demos on the Stepping Out anthology (marked *):

And a third gift from 433 is a very rare Dutch 1984 12" EP from Dutch funk group Dojoji with Leslie Woods on vocals, produced after she'd left the Au Pairs, breaking up the group. The Dojoji EP track Kiets Lorren is a version of the Au Pairs' song This Country aka Runs With Honey from the last gig, also on Stepping Out as a 1983 demo.

After 433's great contributions, here are the many lossless Au Pairs gig recordings passed to me (thanks!) by the great StevieD:
http://darkcircleroom4.blogspot.com/search/label/Au%20Pairs (mega links, also live).

And, last but absolutely not least, here are the indispensable Stepping Out Anthology and the BBC Sessions, mp3 320 or lossless:
http://onlythelonelymusic.blogspot.com/2013/11/au-pairs-stepping-out-of-line-anthology.html (mega links, also live).