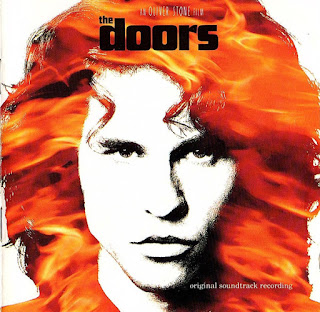 Found this soundtrack with only the CD in a generic case so got the photos from Discogs.  Glad this is the 14 song version as I am a huge Doors fan from an early age (read in Junior High School "No One Here Get's Out Alive' and hadn't heard a couple of the Jim Morrison later solo tracks.  Hell, their's even a Velvet Underground tune included...you know the one Lou Reed wouldn't play in his later years.